Kelly Rowland doesn't think her 'X Factor' USA co-star Simon Cowell should name his baby after himself and feels the tot should have his or her own identity. 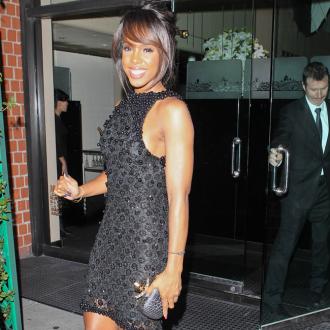 The 54-year-old music mogul recently hinted he may name his baby with girlfriend Lauren Silverman after himself, but his 'X Factor' USA co-star believes Simon should allow the tot to develop his or her own identity.

She said: ''I don't know what the sex of the baby is, but whatever it is, just let the baby be. Don't let her name be Simone, or if it's a boy, Simon. Can you just give them their own identity?''

The former Destiny's Child singer - who sits on 'The X Factor' judging panel with Simon, Demi Lovato and Paulina Rubio - admits she is amused by Simon's impending fatherhood and looks forward to seeing him act as a doting dad.

The 32-year-old beauty laughed: ''The interesting part is hearing him say that he's not going to change diapers. Sike! I hope that one day there's a situation and I would be a fly on the wall to see how he would try to figure it out!''

While Kelly thinks Simon is an unlikely father figure, the 'Motivation' singer has a lot of respect for the music impresario and his honest - if ''harsh'' - criticism of contestants on 'The X Factor'.

In an interview with 'The Lowdown with Diana Madison', she said: ''He's actually really constructive ... Simon is harsh, but it's a method to his madness, which is what you kind of have to respect. I like Simon. I think he's very smart.''