Kelly Rowland too shy to sing at wedding

Kelly Rowland will be ''too shy'' to sing at her own wedding to Tim Witherspoon. 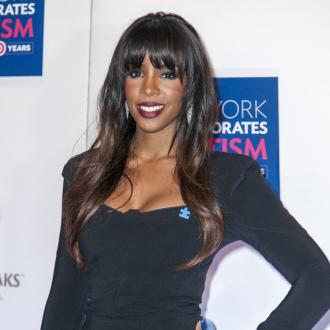 Kelly Rowland will be ''too shy'' to sing at her own wedding.

The 'Kisses Down Low' singer is busy planning her nuptials to Tim Witherspoon - which she says will be a very personal affair - but is ruling herself out of an appearance at the reception.

She told E! news: ''I really plan on it being a very special day between me and my sweetheart. Whatever we do we just want it to be special and between he and I and just make it something that we both remember and just for us. It's our gift to ourselves.''

Asked if she would sing, she added: ''I don't know. I think I would be a little shy to be completely honest.''

Kelly also said she knows who she'd like to choose for her wedding song, picking 'Sweet Love' singer Anita Baker.

She told Vibe.com: ''A wedding song? That's ours. [Tim] would probably be mad at me if I said it but we love Anita Baker, so I will say that.''