Kelly Rowland has released the track listing for her new studio album 'Talk A Good Game'. 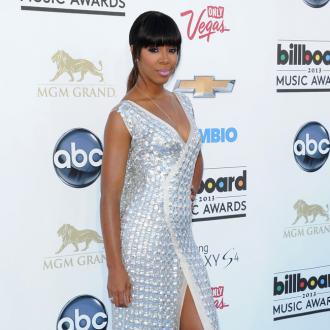 Kelly Rowland has unveiled the track listing for her new album 'Talk A Good Game'.

The 32-year-old singer is preparing to release her highly anticipated fourth studio album following 2011's 'Here I Am' - which peaked at number three in the US album chart and fell among the top 50 in the UK - and is set to introduce some fresh new collaborations on the record, featuring Wiz Khalifa and Pusha T.

Kelly's new material will give fans a glimpse into her time in group Destiny's Child and address her troubled relationship with pop queen and former bandmate, Beyonce.

Kelly previously confirmed she had recorded a track with Beyonce and Michelle Williams and the singer has also made sure to include a duet with her summer tour pal, The-Dream.

Speaking previously about how difficult it was to pick the final tracks for the album, Kelly said: ''I think I recorded around 70-something songs for this album. I had to narrow it down to 12 - you know hard that is. Especially when you're in love, like your heart pumps for 35 of them.''

The track listing for 'Talk A Good Game' is as follows:

'Stand In Front of Me'

'Put Your Name On It'