Kelly Rowland wants to start having guitar lessons because she wants to improve as an artist. 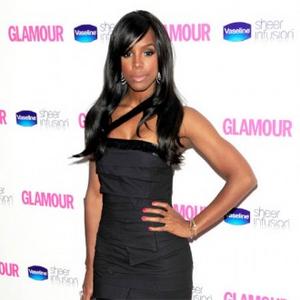 Although the 'When Love Takes Over' hitmaker rarely has any down time, she is currently considering taking up learning the guitar to improve her musical repertoire.

She told Stylist magazine: "I don't really switch off. I'm always thinking of songs or ideas.

"I'm going to take guitar lessons. I watched a documentary on producer Berry Gordy and it showed that, in between albums, his acts - The Jackson five, Stevie Wonder - wouldn't be chilling; they'd be learning an instrument, brushing up on as true artists." Kelly - who was in Destiny's Child with Beyonce Knowles and Michelle Williams - admits she learned to be a professional when she began to understand that time was money.

The singer - who is currently a judge on the UK version of 'The X Factor' - said: "The way I grew up, I knew when to be on, you know? Like a photo shoot costs money. Time costs. So it's important to get in, be professional, treat people with respect and have fun."

Kelly accepts on occasions her ego can be out of control, but her loved ones quickly bring her back down to earth.

She said: "Growing up with my mom, Doris, Beyonce, and Beyonce's mother Tina - if I came home with a big head, they'd tell me to get out of the house - which has happened by the way!"