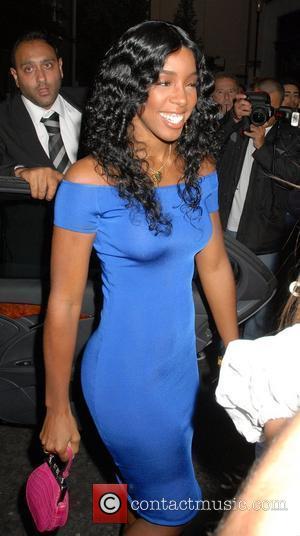 Kelly Rowland is looking to spice up her exercise routine - so she can get a six-pack like MELANIE BROWN.
The former Destiny's Child singer is desperate to achieve a chiselled body like the former Spice Girl star, after spotting her showing off her impressively toned abs at a pool party.
Brown became famous for her fit appearance after a stint in U.S. talent show Dancing With The Stars, and has recently been showing off her curves in risque revue Peep Show at the Planet Hollywood Casino Resort in Las Vegas.
And Rowland is eager to follow Brown's exercise plan - but admits she will find it difficult to cut out her favourite foods.
She says, "I think Mel B looks so good, I really do. I'm trying to do more crunches so I can almost get a tummy like hers but I like rice and pasta and that's the problem right there."