Actress Kelly Rutherford Returned To Court In Monaco On Monday (26oct15) To Battle For The Custody Of Her Kids. 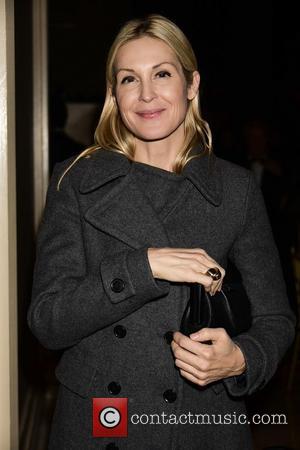 The former Gossip Girl star was forced to take her legal battle back to Europe after California and New York judges relinquished jurisdiction on the matter this past summer (15), while Rutherford was spending time with her two children in their native U.S.

Her son Hermes, eight, and daughter Helena, six, have lived with their father, businessman Daniel Giersch, in Monaco and France since 2012. Rutherford was granted the chance to take the kids on a five-week vacation to New York this summer, but she refused to put them on a plane at the end of the trip and return them to her ex.

A judge intervened and ordered her to send them back.

The actress spent the weekend (24-25Oct15) with her children, posting a photo of them on Instagram.