Actress Kelly Rutherford Will Have To Return To A Monaco Court In October (15) As She Continues To Fight For Custody Of Her Two Children. 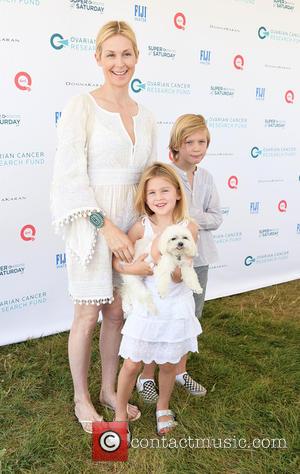 The Gossip Girl star has been embroiled in a bitter battle with her ex-husband, German businessman Daniel Giersch, since 2012, when a California judge sent eight-year-old Hermes and six-year-old Helena to temporarily live with him in Europe while he sorted out his U.S. visa problems.

Rutherford violated the joint custody order by refusing to return the kids to Giersch after they had spent a summer break with her in their native America, as permitted by a Monaco judge, and she was ordered to give the youngsters up at a hearing in New York last month (Aug15).

She headed to court in Monaco on Thursday (03Sep15) to continue her custody battle, but she will now have to wait until the next hearing on 26 October (15) to learn what course of action the local judge will take.

It is not clear what decisions were made during the two-hour meeting on Thursday, but it appears Rutherford has been allowed some access to her kids - she was spotted enjoying a lunch date with Hermes and Helena on Friday (04Sep15).

A source tells People.com, "Everybody agrees that it's best that the children be with both parents, and Kelly's enjoying being with them."