Grammer: 'I Scrapped Sitcom Because It Wasn't Funny' 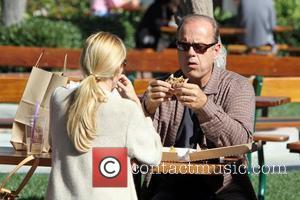 Actor Kelsey Grammer was the guy responsible for ending his own TV sitcom - because it wasn't funny.
The former Frasier and Cheers star knew his comedy, Hank, wasn't working when he returned to work after shooting a Thanksgiving episode he was proud of and realised there weren't a lot of laughs in the next episode.
He explains, "Honestly, it just wasn't very funny... We finished and I was like, 'Oh boy, there wasn't a laugh in the house on this one.' And I called the president of Warner Brothers... and I said, 'Listen, when can we put a bullet in this thing?'"
And Grammer admits he's relieved he doesn't have to drive to work every day: "It was just too much work and the drive here was killing me. I live in Malibu, which is only 20-something miles away but it could be two hours one way... We were rehearsing for 10 or 12 (hours) so my whole life suddenly was gone."
Hank was axed after just five episodes last month (Nov09).
In the show, Grammer played a tycoon forced to reconnect with his family after losing his job.