Kelsey Grammer will become a father of six as his current wife, Kayte, is expecting her second children with the 59 year-old. 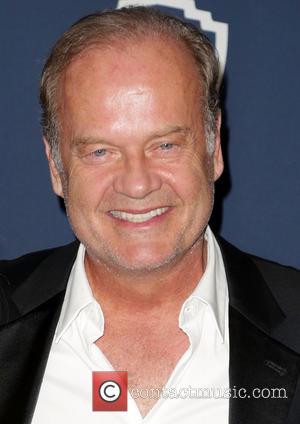 Kelsey Grammer and his wife Kayte are expecting their second child, Us Weekly reports.

Even though this will be the couple's second child, the new addition will make Grammer a father to six kids.

Kayte and Kesley tied the knot three years ago in February 2011, and they welcomed a daughter together on July 13th 2012, called Faith Evangeline Elisa.

The birth of Faith will always be tainted as they were expecting twins, but unfortunately one of the twins tragically died.

At the time the couple said, ''We were ecstatic earlier this year, when we announced that Kayte was carrying twins. Tragically we lost the little boy shortly thereafter. This was not something we cared to make known publicly at the time."

Adding, ''It was unspeakably painful and we know that people will understand our desire to keep the news private then, as we know they will respect our privacy in this matter now. A glorious birth with a lingering sadness is ours today."

The pair attended the 2014 Vanity Fair Oscar Party in West Hollywood this past Sunday (March 2nd), according to the mag.

Although Kayte wore a long, black dress, which made it harder to spot a baby bump, Kelsey was spotted on the night rubbing her stomach, according to Us Weekly sources.

The 'Frazier' actor also has four other children from previous relationships, Spencer, 30, Greer, 22, Mason, 12, and Jude, 9.

Kelsey is a grandfather to Spencer's son, 2 year-old Emmett Emmanual Hesketh, which means his unborn child will be younger than his/her's nephew.

Neither Kayte nor Kelsey has commented on the pregnancy news publically as of yet. Kayte and Kelsey at the 2014 Vanity Fair Oscar Party