Despite his business acumen and ability to land important deals, one businessman named Dan Trunkman (Vince Vaughn) still managed to get a pay cut from his uncaring boss - who may be hot but she's still widely hated throughout the company. A year later, he's set up his very own business with only two employees: one man who's old enough to have retired a decade ago (Tom Wilkinson), and a boy who's barely out of college (if he ever managed to get that far) hilariously named Mike Pancake (Dave Franco). Even in spite of the unsual trio, they still manage to secure a lucrative deal with a top company and make way for a trip to Germany to shake on it. However, another company threatens to disrupt everything - Dan's former employers. In order to be noticed over his busty blonde former boss, he has to pull out all the stops. And we mean all of them.

On this evidence, not really By all appearances, he didn't bother rewriting the script at all, merely shifting the action from Montreal to New York and casting Vince Vaughn in the lead role as a man who discovers that he has more than 500 children as a result of youthful sperm donation.

David Wozniak is a 40-something year old slob who did some stupid things to earn a living when he was much younger. When he is visited by an official from the local sperm bank, he discovers that one of those stupid things has led to him fathering no less than 533 children after donating his seed back in the nineties and now he is up against a lawsuit from 142 of them who are demanding to know his real identity after only being aware of his alias 'Starbuck'. With a lawyer who thinks the best course of action is to plead insanity in court, David must consider whether or not he should follow his intrigue and come forward, or retreat and fight for his anonymity. Meanwhile, his current girlfriend is having second thoughts about him as she becomes pregnant, fretting over his suitability to face up to his responsibilities.

By taking a warm, witty approach to a rather outrageous situation, Canadian filmmaker Ken Scott helps us see past the plot holes to the underlying emotional resonance. And the result is a startlingly engaging comedy that not only keeps us laughing but also gets us thinking about what parenthood really means. The story centres on an irresponsible Montreal butcher, David (Huard), who works for his dad (Ovadis) and does as little work as he can. His pregnant cop girlfriend (LeBreton) has finally had enough of this and tells him she wants to raise their child on her own. Then he discovers that after donating sperm nearly 20 years earlier, he has fathered 533 children, and 142 of them have filed a lawsuit to discover the identity of their donor "Starbuck". With a lawyer friend (Bertrand) fighting to protect his anonymity, David decides to find out more about these young people, working his way into their lives as a kind of guardian angel. Which of course sparks a sense of paternal responsibility.

The script focusses on human interaction rather than trying to make the premise believable. There's no mention that these young people actually have families of their own (one reference to "adoptive" parents is actually offensive). And the events in which David gets involved in the lives of his "children" aren't entirely plausible. But Huard gives David a scruffy charm that's infectious: we can understand why these strangers warm to him. And even as the script throws all kinds of obstacles in his way (including the global press getting hold of the story), we know he'll manage to make it through and probably triumph in the process. 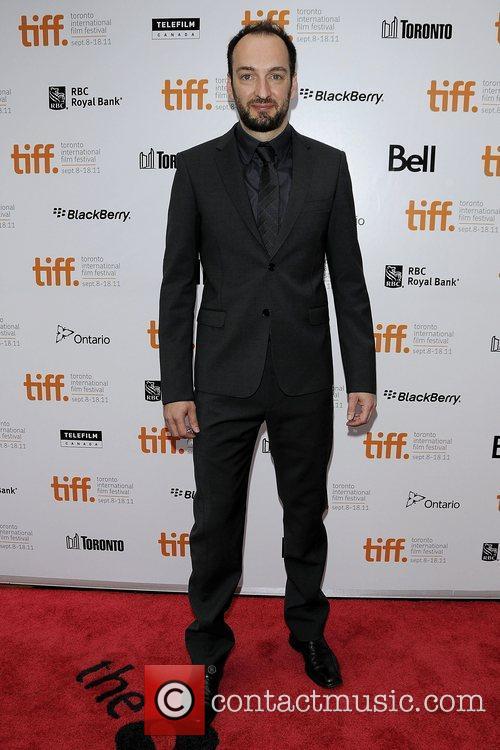 By taking a warm, witty approach to a rather outrageous situation, Canadian filmmaker Ken Scott...