Kendall Jenner says her father Bruce Jenner is ''happier'' than ever now he is transitioning into a woman. 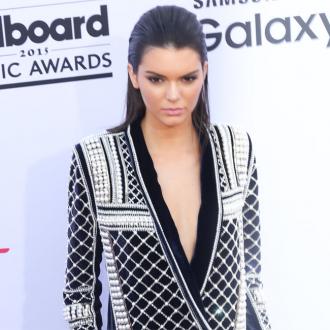 The 19-year-old model has revealed the former Olympian is doing well after opening up about his decision to undergo gender reassignment surgery and is proud of him for ''staying so strong''.

''That alone makes me so happy. To see him happy and see him going through this, and staying so strong, and really thinking about his kids, is amazing.''

In an emotional two part documentary entitled 'Keeping Up with the Kardashians: About Bruce' which aired on Sunday (19.05.15) and Monday (20.05.15), the brunette-beauty also shared her support for her 65-year-old father.

She said: ''He's the most amazing person I know. I couldn't ask for a better dad. He taught me how to ride a bike and be the tomboy that I am.''

However, her mother Kris Jenner, 59 - who also has Kylie, 17, with her ex-husband Bruce - appeared to be struggling with his transition and confessed she felt like her former spouse had ''died''.

She said: ''I wake up in the morning and I realise 'Oh my God this is really happening'. I have to mourn this person I was with for all these years, I thought I was going to grow old with this person and they drastically change over the course of a few years.

''I have to mourn Bruce, I am confused what is happening to Bruce because I miss Bruce, I will never be able to have Bruce, I will just have my memories. I feel like you've died, like Bruce died and it's really hard for me to wrap my head around.''

Meanwhile, Kendall wasn't the only one to show support for Bruce during the awards show in Las Vegas.

'Orange Is The New Black' star Laverne Cox - who is an advocate for the LGBT community - also admitted she's been following Bruce's journey and is planning to watch the E! docu-series about his transition when it airs.

She said: ''I always try to watch when trans folks are on TV. I think it's powerful when another transgendered person come out and shares who they are.''