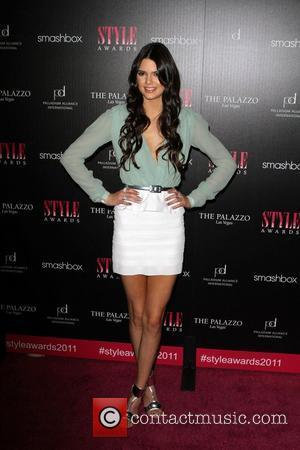 Kendall Jenner, the aspiring model and half-sister of Kim Kardashian, celebrated her sweet 16th birthday over the weekend with her close friends and family. Kendall partied with the likes of Kim, Kourtney and Khloe at the Andaz Hotel in Hollywood, where mother Kris Jenner had a special surprise waiting for her.
According to US Weekly Magazine, the 16-year-old was stunned after stepping outside to receive her birthday present - a $90,000 2012 Range Rover. A source said, "Kendall was thrilled and jumped right in the car with friends.She spent about fifteen minutes in there checking everything out, oohing and aahing over the car". Jenner's parents Kris and Bruce Jenner were on-hand to reveal the surprise as the likes of Lamar Odom and Scott Disick and her sisters watched on. Despite her shock divorce from Kris Humphries, Kim travelled back from Australia to attend the celebratory bash at the luxury hotel once dubbed 'The Riot House' following the antics of British bands Led Zeppelin, The Who and The Rolling Stones.
Kendall makes regular appearances on her family reality show 'Keeping up with the Kardashians', although she is seeking to make a name for herself in the fashion world, recently modelling for the Sherri Hill dress line which specializes in prom and pageant gowns.