Kendall Jenner was a liar

Kendall Jenner was the ''biggest liar'' at school and made up ''stupid'' tales for no reason. 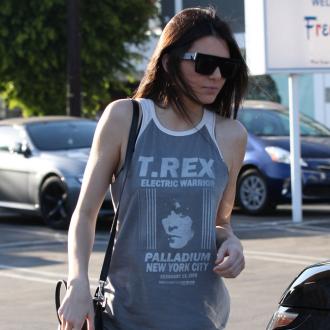 Kendall Jenner used to be the ''biggest liar''.

The 18-year-old model admits she often told fibs about ''stupid things'' when she was at school, but has now learned to tell the truth - apart from when she borrows clothes from her sister without asking.

She said: ''When I was little, I would always lie about the stupidest things.

''In kindergarten or first grade, I would tell people I had tigers living in my attic and a room full of gold.

''I would tell people I was from Hawaii, but I had a Southern accent. I was the biggest liar for no reason, and then as I got older, I thought, 'Why am I lying to everybody?' I would hear other people lie and be like, 'You sound so stupid.' So then I would just change my lies. The only person I lie to is my little sister [Kylie Jenner], when I steal her clothes.''

The 'Keeping Up with the Kardashians' star claimed her first crush was on a fellow classmate who shared her love of unconvincing tales.

Speaking to Interview magazine she said: ''My first crush was this kid in kindergarten who told me had tigers in his attic as well.

''I'm not even kidding. I was like, 'We have something in common!' We were hitting it off.''

Kendall credits her father, former Olympian Bruce Jenner, with giving her confidence and says she will always be grateful to him and her mother Kris Jenner for instilling her with a strong work ethic.

She said: ''My dad is my everything. He always had the craziest speeches for Kylie and me growing up, good words to live by. 'Dream big, work hard.' My parents brought Kylie and me up to be workaholics. That's something I really appreciate.''