Kendall Jenner was 'laughed at' when she started modelling

Kendall Jenner has revealed she was ''laughed at'' when she first tried to make it as a model and often had doors closed in her face by people who refused to work with her. 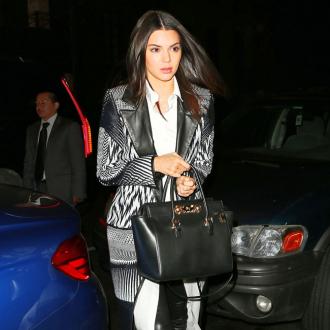 Kendall Jenner was ''laughed at'' when she first tried to make it as a model.

The brunette beauty - who has graced the runway for Chanel and Fendi - has revealed she was often mocked during go sees and had doors closed in her face by people who refused to work with her after she starred on the reality TV show 'Keeping Up With The Kardashians'.

She said: ''You have no idea how many doors closed on me and how many adults were either initially reluctant to take a chance working with me or who outright laughed at me behind my back.

''It was kind of hard because all I was doing was going on go-sees, trying my best to break into this business as a teenager.''

The 19-year-old model - who has since become a staple feature on the catwalk at global fashion weeks - went on to thank designers Marc Jacobs, Riccardo Tisci, Karl Lagerfeld and Love magazine's editor Katie Grand for giving her a shot.

She said:'' I am so grateful to Marc Jacobs, Riccardo Tisci, Karl Lagerfeld, and Katie Grand, who took a chance on me that first season and gave me an opportunity.''

Despite her difficult start in the industry, Kendall remained determined to break into modelling thanks to the strong ''work ethic'' that was instilled in her by her parents Kris Jenner and former Olympian Bruce Jenner.

She explained to V magazine: ''My parents taught me that work ethic is one of the most important keys in life, and I believe it.''