Kendra Wilkinson And Hank Baskett Are Still In Couples Therapy

Kendra and Hank are still working on their marriage. 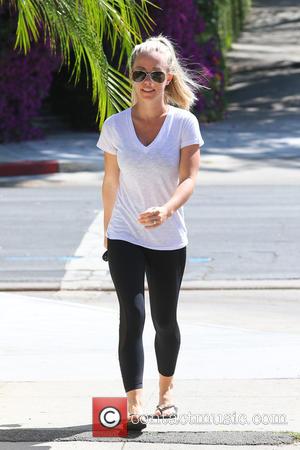 The 'Kendra On Top' star was devastated when her former NFL star husband was accused of cheating on her with a transexual model while she was pregnant last year, but the duo are still determined to make their marriage work.

A source told Life & Style Weekly magazine: "They're back on track after a very rocky year of scandal and hurt. They are still in couples therapy, but they plan to stay together."

The couple, who have son Hank Jr, five, and 11-month-old daughter Alijah, are dreading the upcoming broadcast of WE TV's 'Marriage Boot Camp: Reality Star' later this month, which documented their attepts to fix their issues last year.

The insider said: "Kendra and Hank won't even watch it. They don't want the negativity of that time to be a part of their present-day life."

The former Playboy model previously admitted she couldn't bear to watch the third series of her reality show back in case it opened up "scars" of her husband's alleged infidelity.

Speaking in March, she said: "I'm not ready to watch it yet. I don't want to open up the scars I've been trying so hard to close.

"It's very intense and dramatic and about Hank allegedly cheating on me. We never in a million years would have guessed this would happen to Kendra and Hank."