Kendra Wilkinson: I Have No Talent

Kendra Wilkinson believes she has 'no talent' and admits she worries about her reality show being picked up each season. 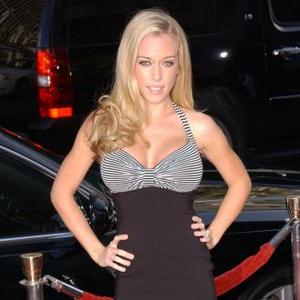 Kendra Wilkinson believes she has ''no talent''.

The former girlfriend of Hugh Hefner - who is now the star of her own reality show 'Kendra' - insists she knows her fame is fleeting.

She said: ''I never ever see myself as a celebrity or famous so I poke fun at that.

''I just say what I do. I have no talent. I have nothing to offer.

The 26-year-old glamour model left the Playboy Mansion in 2009 to marry NFL star Hank Baskett - who she has two-year-old son Hank Jr with - and admits she constantly worries about keeping the work coming in.

She told People Magazine: ''Every season I cross my fingers and hope the show gets picked up but it's out of my hands and in my fans' hands.''

But she is more confident about her husband's budding television career.

She told In Touch magazine: ''He is going to become a Big Time host, he is so good at hosting. You have got to watch out for him!''