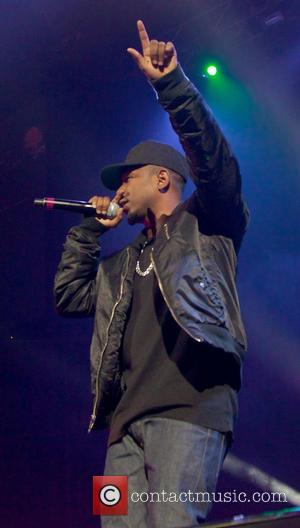 Rapper Kendrick Lamar refused to attend the GQ Men of the Year party and pick up his top rapper honour last week (ends15Nov13) over an "offensive" article.

The hip-hop star was scheduled to attend the event on Tuesday (12Nov13) to celebrate being named Rapper of the Year, but cancelled his plans at the last minute over the way he was portrayed in a magazine piece.

In the article, a reporter admitted he was surprised how "disciplined" Lamar and his team are, writing, "Kendrick doesn't smoke weed or drink booze. In the time I spent with him, I never witnessed anyone roll even the thinnest spider leg of a jay (joint), nor did I see Kendrick so much as glance at the many, many girls around him."

Lamar and executives at his record label, Top Dawg Entertainment, did not take the observation as a compliment.

CEO Anthony Tiffith told Tmz.com, "To say he was 'surprised at our discipline' is completely disrespectful... Kendrick deserved to be accurately documented.

"The racial overtones immediately reminded everyone of a time in hip-hop that was destroyed by violence, resulting in the loss of two of our biggest stars (Tupac Shakur and Notorious B.I.G.)... As a result of this misrepresentation, I pulled Kendrick from his performance at Gq's annual Men Of The Year party. While we think it's a tremendous honour to be named as one of the Men Of The Year, these lazy comparisons and offensive suggestions are something we won't tolerate."

A statement from Gq editor-in-chief Jim Nelson reads: "Kendrick Lamar is one of the most talented new musicians to arrive on the scene in years. That's the reason we chose to celebrate him, wrote an incredibly positive article declaring him the next King of Rap, and gave him our highest honor: putting him on the cover of our Men of the Year issue. I'm not sure how you can spin that into a bad thing, and I encourage anyone interested to read the story and see for themselves.

"We were mystified and sorely disappointed by Top Dawg's decision to pull him at the last minute from the performance he had promised to give."