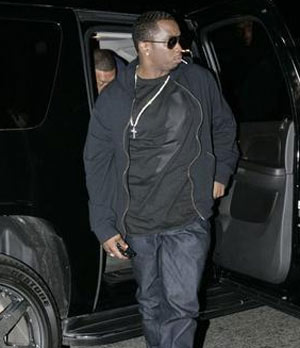 Thursday 25th October 2012 - Kendrick Lamar has announced that he will be playing a run of UK shows in January 2013. The tour sees the young hip hop artist play in Manchester, Birmingham, Bristol and London. Kendrick Lamar tickets go on-sale 9am on Friday 26th October and are available from www.livenation.co.uk or www.ticketmaster.co.uk

Hailed as the new face of West Coast Rap, the 25 yr-old Compton-native has already been making his mark on the music scene, first with his sought-after mixtapes - 'Training Day' and 'C4'. Then with his self-titled debut EP, 2009's 'Kendrick Lamar' which featured his trademark singles 'P&P' and 'She Needs Me', followed up by 2010's '(O)verly (D)edicated' powered by the singles 'Michael Jordan' and 'Cut You Off'. In 2011 he independently released 'Section. 80' becoming one of the top digital hip hop albums of the year.

Fast-forward to 2012 and with the weight and backing of Dr. Dre (the two recently had a joint XXL cover), Kendrick is ready to release his highly-anticipated major label album 'Good Kid, m.A.A.d City' out October 22nd through Top Dawg Entertainment/Aftermath Entertainment/Interscope Records.

Featuring the introspective woozy lead single 'Swimming Pools (Drank)', produced by T-Minus and mixed by Ali. The track has garnered positive reaction across blogs/radio including Zane Lowe's Record of The Week (playing it every night for two weeks), plus the video (watch here) has topped over 3million views over a two week period.

'Swimming Pools (Drank)' serves as a good taster to his upcoming album 'Good Kid, m.A.A.d City' alongside the previously released warm-up single 'The Recipe' ft. Dr. Dre. As well as scene stealing features alongside Drake, Mary J. Blige and others - Kendrick is poised to be the first artist in a long time to not only change how the country views West Coast Hip Hop, but how the world sees Hip Hop as a whole.

"The coolest shit to say used to be the gangsta shit," Kendrick says. "But now, the real cool shit to talk about is supporting your family."

Following on from Kendrick's electrifying performance at Coachella alongside Dr. Dre and the Tupac hologram, Kendrick played two sold-out shows at Camden's Electric Ballroom earlier this year showcasing why he's the name on everyone's lips and why he cannot be missed in January 2013.