Branagh To Star As War Hero 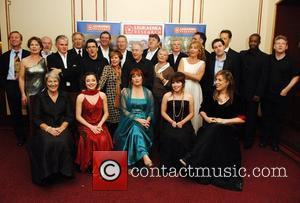 Kenneth Branagh is to play war hero Colonel Tim Collins in a new series of BBC dramas, it has been announced.

The actor will star in the last episode of 10 Days to War, a series of BBC short films focusing on the build-up to military action in Iraq.

Colonel Collins, an officer in the Royal Irish Regiment, made the headlines for delivering a rousing speech to troops before entering battle.

Roly Keating, controller of BBC Two, said the 10 Days to War series was "a challenging and original way of exploring one of the most controversial moments in recent British history".

"By broadcasting daily we hope audiences will be able to recapture that exciting sense of huge events unfolding unpredictably in real time," he added.

The films will be shown in the Newsnight slot on BBC2 before being made available on digital outlets such as the BBC iPlayer, the BBC's YouTube channel and BBC4.

Commenting on the launch, Peter Barron, Newsnight editor, said: "The story our viewers have wanted us to revisit more than any other is the run up to the war in Iraq in 2003.

"This dramatisation gives us the opportunity to explore the issues and arguments in a way traditional documentary couldn't. We then plan to question the real players about the events of 2003 on Newsnight."

Meanwhile former ER star Alex Kingston is to star in two episodes of the fourth series of Doctor Who.

"I used to watch Doctor Who through the crack in the door," the actress explained. "I was so terrified but I couldn't tear myself away.

"I loved it so much and I'm so delighted to be a part of the new series."