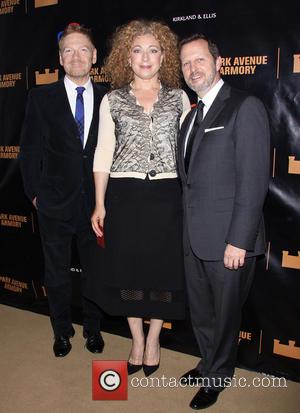 British thespian Sir Kenneth Branagh is set to launch his own theatre company in London's West End this autumn (15).

The actor/director is finalising plans to kick off a season of plays at London's Garrick Theatre in October (15) with his new team of theatre producers.

According to Britain's Daily Mail newspaper, Branagh will direct some productions and star in others. Planned shows are believed to include William Shakespeare's A Winter's Tale plus a new original production.

Branagh is also in talks to bring his award-winning adaptation of MACbeth to Alexandra Palace in north London. The play, which premiered at the Manchester International Festival in England, won rave reviews when it transferred to New York last year (14).

He disbanded his first company, the Renaissance Theatre, in the 1990s. He created it with the help of his ex-wife actress Emma Thompson and acting pals Dame Judi Dench and Sir Derek Jacobi.

Daily Mail: Kenneth Branagh to set up his own theatre company | Daily Mail ...