Sir Kenneth Branagh Brings Manchester To A Standstill With 'Macbeth'

Kenneth Branagh's run as Macbeth is now entirely sold out - though there are other ways to watch. 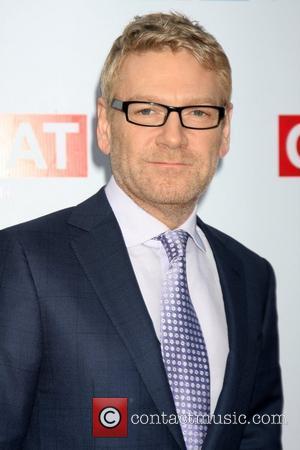 Sir Kenneth Branagh cemented his reputation as one of Britain's finest actors with a debut performance as Macbeth, at a 281-capacity deconsecrated church in Manchester for the city's international festival. The mud-bath stage ran the entire length of the church and played host to a battle scene in heavy rain to open the production, reports BBC News.

Branagh is noted for his Shakespearean acting, though hasn't appeared in one of the playwrights plays for 11 years. The Guardian's Michael Billington said: "The highest compliment I can pay him is that at times he evoked golden memories of Olivier in the role."

Ahead of the performance, spectators were warned not to wear their "best, light coloured, dry-clean only," clothes and the seating area - close the action - left them open to mud spatters from the earthy, natural staging. Billington added: "We seem to be in the thick of the rain-soaked, mud-spattered opening battles," adding, "This is an exciting production that shows why Branagh is such a fine Shakespearean actor.He can do the soaring vocal cries but he is also sensitive to the minutiae of language."

The Telegraph's critic Dominic Cavendish declared the production a "thrilling, cinematically fluid account" of Macbeth that "doesn't hold back in plunging us into the harrowing grime of battle." Given the small capacity of the church, tickets have sold out for Kenneth Branagh in Macbeth, though the 20 July performance is to be screened live on a giant screen in Manchester and to theaters around the world as part of the National Theatre's NT Live broadcasts.