Acclaimed director Sir Kenneth Branagh has confessed his retelling of 'Cinderella' needed to be relevant to a modern audience. 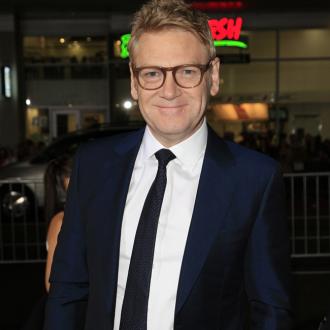 Sir Kenneth Branagh was determined his retelling of 'Cinderella' was relevant to a modern audience.

The 54-year-old director confessed his live-action version of the classic fairytale - which stars Lily James and Richard Madden - needed to be markedly different from the original animated version.

He told The Guardian newspaper: ''I did want to make a film that was about courage and about kindness and about a psychological modernity in the middle of this traditional story.

Sir Kenneth explained that although he's more used to directing plays written by William Shakespeare, he sees similarities between those stories and 'Cinderella' .

He shared: ''We have the line Cinderella is told by her mother: 'Have courage and be kind'; some people thought it seemed trite, but I was reminding them of King Lear when Edgar says 'Have patience and endure' at the point he's being put in the stocks and mocked.

''Patience to me equates to compassion, and endurance is a form of courage - it reminded me that these basic, human and fundamental situations get seized on by great storytellers and there are obvious resonances between all these stories.''

Richard Madden, meanwhile, said it was important that the new film saw Cinderella and the Prince meeting on a more level playing field.

He remarked: ''The original animated version was much more about this boy who comes to save the day and this version is so not like that.

''It's the strong girl by herself and a young man coming together that makes the story, rather than a far more sexist view.''