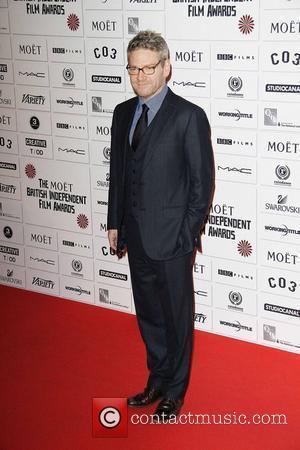 Kenneth Branagh felt apprehensive about playing Laurence Olivier in My Week With Marilyn as he anticipated "inevitable knockings" tackling the role of an "unsurpassable" actor.
The Harry Potter star has received critical acclaim for his portrayal of Olivier in the biopic, alongside Michelle Williams as the blonde beauty, even landing a Golden Globe nomination for Best Performance By An Actor in a Supporting Role.
Branagh has called the warm reception "thrilling", but reveals he first thought the part would be a "double-edged sword".
He tells CNN talk show host Piers Morgan, "I've been in the business now for 30 years and it's nice when things go well. So, particularly with this part where... one had the great flattery of being compared to Laurence Olivier.
"But with that came the inevitable knockings because the man is unsurpassable, a master of what he does. If you followed anywhere near him, played any part that he ever played, you were measured against his greatness.
"And so it was a kind of double-edged sword. But this time with this... I actually felt very honoured to be asked to do it and I'm delighted, of course, that you know, it's had recognition. It's very thrilling."