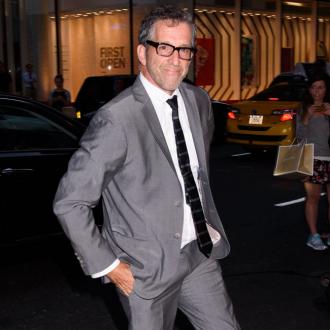 The 66-year-old fashion designer is seeking to bring together health organisations, platforms, and advocates through the Mental Health Coalition, and he admits that the coronavirus pandemic has created an extra complexity.

He explained: ''It's a public health crisis. The impact the physical virus is going to have on our communities is devastating in and of itself, but I think the emotional implications are going to be even more severe and long-lasting.''

The Mental Health Coalition has created a social media challenge that asks, ''How are you, really?''

The campaign has received support from the likes of Whoopi Goldberg, Kesha, Kendall Jenner, and Justin Bieber - and is encouraging people to discuss their own mental health issues.

Asked why storytelling was such an important element to the Mental Health Coalition, Kenneth told Vogue magazine: ''Several months ago, it was actually my daughter whose idea was to do a storytelling platform, which ended up being embraced by everybody because everything today is about storytelling.

''It's the world we live in, and there's all the science that supports and validates it as a tool. So we built this platform that could aggregate content in a way that empowers people to tell their stories in a way that's safe and on their own terms.

''They can make it private or public, and if it was the latter, other people could engage with it. It starts around the fundamental question of ''How are you doing, really?'' It's very provocative, and the single most asked question in every language and every culture every day of the week.''