Country Star Chase Rice Is Grateful To Have Been Given A Second Chance At His Singing Career After Undergoing Potentially Career-ending Surgery To Remove A Polyp On His Vocal Cord. 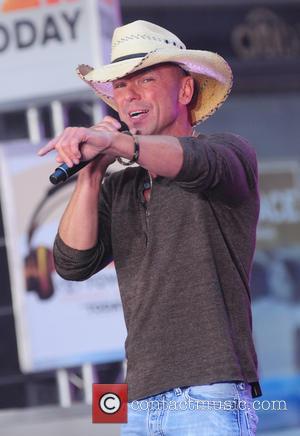 The Ready Set Roll hitmaker reveals he had been struggling with vocal issues for months last autumn (14), when doctors advised him to have the risky operation if he wanted to be at his best when he opened for his idol Kenny Chesney on The Big Revival Tour this year (15).

His doctor, Gaelyn Garrett, says, "We got to a point where we were basically plateaued. He was not getting better. Basically, the decision for surgery is when we're at a point where he cannot do the things that he needs to do with his voice."

Rice went under the knife just after Christmas (Dec14) and had to spend weeks in silence as part of his recovery, but he was relieved when he was finally able to hit the high notes once again, and he claims the experience has only made him more determined to make the most of his singing voice after an injury and a family tragedy during his college years put an end to his prospects as a professional American footballer.

He explains, "I feel like I've had a lot of obstacles in my way my entire life. With football, I'm right at the pinnacle of my career, looking to go to the NFL, and I turn my ankle. My career is over. Going into my senior year, I'm still trying to play football, even though I'm injured, I'm trying to come back from that, and before that year even starts, I get a phone call from my mum, saying, 'Chase, come home. Dad died.'"

He continues, "To go from there, through all those obstacles, to walking out on stage, lights up, fans there, and not only am I doing an arena show, but I'm doing it with one of the artists I grew up with, Kenny Chesney - to me that's a dream come true.

"It's taken a lot of work and a lot of tough times to get here, but I'm back."

The delicate polyp removal procedure, which isn't guaranteed to restore one's voice to its full strength, is the same operation previously performed on Adele, John Mayer, Keith Urban and Bjork, who have all successfully recovered.