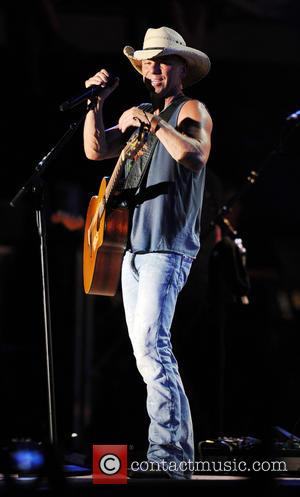 Country star Kenny Chesney was left touched by the mother of a Sandy Hook Elementary massacre victim during a recent low-key visit to Connecticut.

The singer visited the parents of one of the 20 children who perished in December (12) and learned the little girl who died loved singing his hit No Shoes, No Shirt, No Problems.

"You never know whose life you're touching with music. You get so caught up in recording... You forget these songs matter and they live with people. They are a close part of their lives."

The Sandy Hook massacre isn't the only recent tragedy that has moved Chesney to act - he has also set up a new charity to aid those affected by last month's (Apr13) Boston Marathon bombing.

The Spread the Love Fund will help pay for prosthetics and physical therapy for those who lost limbs and suffered life-shattering injuries in the blast on 15 April (13).

Launching the initiative, he said, "It's hard to imagine a world where taking your children to school, going to the movies or witnessing something as iconic as the Boston Marathon is a dangerous thing to do.

"For me, I want to help give these people as much of their lives back as possible, but I'd also like to counteract some of the negativity in the world... Remind people that there are more good people out there, and it's up to us to spread the love."