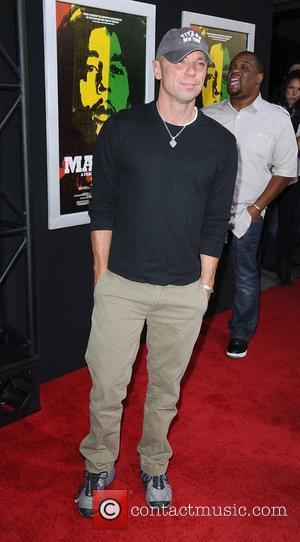 Not even country sensation Kenny Chesney can stop Justin Bieber from securing the Billboard No.1 spot this week, with his album 'Believe'. The teen star has sold around 440,000 copies of the record, the highest debut sales of the year, reports Billboard.com.
The album surpasses Madonna's 2012 effort 'Mdna', which sold 359,000 copies in its first week of release earlier in the year. Though it was a certainty that Bieber would top the charts this week, Chesney's new record 'Welcome to the Fishbowl' has performed admirably and will take the No.2 spot with sales of around 200,000. Had it not been for Bieber's release, the country heavyweight would have secured a No.1 with ease. His last album 'Hemingway's Whiskey' entered the top spot with just 183,000 in 2010, according to Nielsen Soundscan. 'Welcome to the Fishbowl' will secure Chesney his tenth Top 10 album on the Billboard 200, and his 11th on the Top Country Albums chart, which he dominates this week.
Elsewhere on the Billboard 200, Fiona Apple's new record 'The Idler Wheel.' could debut in the Top 5, with sales of around 70,000, while Smash Pumpkins will sell around 50,000 copies of 'Oceania' to sneak into the Top 10. It will mark the rockers seventh Top 10 record, and will follow up their No.2 peaking 'Zeitgeist' in 2007.