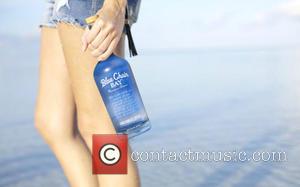 Country music superstar Kenny Chesney has announced a touring hiatus in 2014 so he can concentrate on recording a classic album.

The singer/songwriter has embarked on a major North American summer tour every year since 2001, but he's putting his concert plans on hold next year.

He tells The Hollywood Reporter, "I love touring more than anyone in the world. I love the band, the crew, the whole team - and it's weird to not be looking at next year's stage design (right now), but I shouldn't make albums to service the tour. So I'm going to put the music first, dial it back and do the strangest thing in the world - not hit the road next summer."

The country star, who is currently in the middle of his No Shoes Nation dates, will spend the time working on a follow-up to his hit new album Life on a Rock, which became his seventh number one album on America's Billboard 200 chart when it was released in April (13).

But Chesney knows he'll miss the road when he's not on it: "We have so much fun out there... with the fans, the other bands... It's summer camp with guitars and a great sound system.

"And when we hit that stage every night, and hear the crowd, that's the best drug in the world. How you take a year off from that is hard, but music is the reason I do all of it... You get to a point when you've made a lot of albums and you need to challenge yourself, to really make the record the focus, to ask yourself what you want to say... and not just cut songs because they fit what people expect."