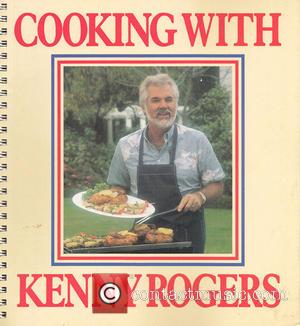 Picture: Cooking with Kenny Rogers by Kenny Rogers and Dole Signature dish: Pineapple Chicken Cheese Melt - . . . .Did they eat it? Of course. You'll...

Dean will star as the Toy Shoppe owner Hank Longley in the Christmas musical, written by Rogers and producer/director Kelly Junkermann, for this year's (13) run, commencing in November (13).

The role is usually played by Rogers, but he has stepped down for the upcoming season, allowing his pal to take over.

Dean says, "I'm over the top about getting to play Hank Longley in The Toy Shoppe. This is normally Kenny's role so I've got some big shoes to fill. But I promise to give it my all and make Kenny proud."

The Toy Shoppe will run at the Starlite Theatre in Branson, Missouri from 1 November (13) until 21 December (13).