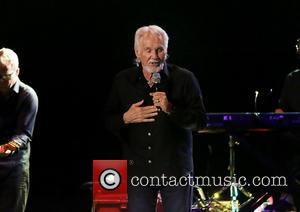 Country superstar Kenny Rogers once fooled fans in Las Vegas by impersonating himself at a karaoke bar.

The singer pretended to be a Kenny Rogers look-a-like when he took to the stage with a Dolly Parton impersonator to sing their hit track Islands in the Stream.

Rogers insists no one suspected he was the real deal, telling newsman Piers Morgan, "I was in Vegas and, as a joke, I went into one of those things where they have the impersonators and I didn't tell anybody it was me. So I go up on stage and I'm singing with this girl who looks like Dolly, sang great like Dolly.

"We did Islands in the Stream and when it was over, this man comes up to me and says, 'I'll tell you one thing, you're a hell of a lot better than the real guy.'"