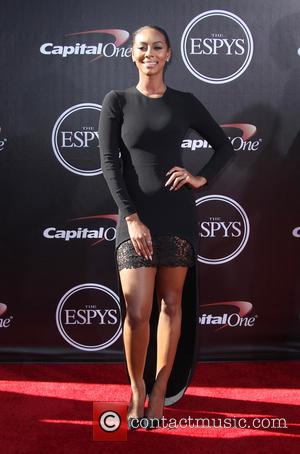 R&B singer Keri Hilson has urged female fans of her basketball star boyfriend Serge Ibaka to "have a little self-respect" after calling them out for sending the sportsman nude photos via social media.

The Pretty Girl Rock star, who rekindled her on/off romance with Ibaka earlier this year (14), took to her Instagram.com blog on Friday (29Aug14) after becoming stunned by the number of women actively pursuing the Oklahoma City Thunder player online.

She wrote, "Why do girls think it's cute to vie for the attention of a taken man? Why don't they feel hoe-ish (sic)? When did this become acceptable?

"Meanwhile, that man And his girlfriend are laughing at your thirsty (desperate) a** - together. That's what you need to know. Have a little self-respect."