Forget The Wardrobe, Keri Russell Stars As Undercover Spy In The Americans 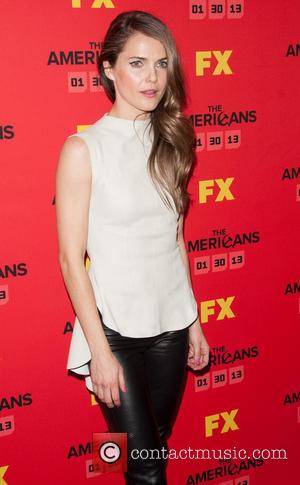 Keri Russell plays an undercover Russian spy in the new FX series The Americans, which premieres tomorrow (January 30, 2013). In an interview with USA Today, Russell explains what attracted her to the role. And for the record? It really wasn’t the costume designs. The Americans is set in the 190s and we all know what that decade did for fashion. Luckily for Keri, the complexity of the role was enough of a draw that she was able to overlook the contents of her character’s wardrobe.

“I wanted to do it because I love high-waisted jeans, and I'm trying to bring them back,” joked Keri, sarcastically (though possibly unaware that people have been bringing back high-waited jeans for some months now). Any fashion that accentuates wide hips and tapers in at the ankles is amazing and something everyone should wear.” Look beyond the attire, though and Elizabeth (Keri’s character) is an interesting proposal. She’s so indoctrinated into the world of spying, that she is in an arranged marriage with another spy, with whom she lives a seemingly idyllic life in suburbia.

“It's so far from a procedural show," explains Keri. "Elizabeth is not the best mom. She's kind of cold. As we get deeper, we get to really explore the characters and ideas and the intricacies of how everything will affect this bizarre situation, this arranged marriage." Russell was drawn to Elizabeth’s determination and commitment to her job, too: “She wants to be a really good soldier. That's her identity, and she wants to do it well. She's given everything to (the KGB). She's had kids with this stranger. She can't back down now.” The Americans airs at 10pm ET/WT, Wednesday.

Watch the trailer for The Goats, featuring Keri Russell