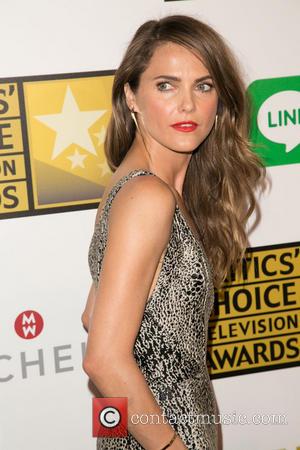 Actress Keri Russell was disappointed when she learned no real animals would be used in the making of her new movie Dawn Of The Planet Of The Apes, because she was looking forward to cuddling with a baby primate onset.

The Americans star portrays Jason Clarke's onscreen wife Ellie, a survivor of the virus which wiped out virtually all of the human race, and she couldn't wait to get up close and personal with her ape co-stars.

Russell soon realised the animals would be created using computer-generated imagery (Cgi) and although she was upset at the news, she insists director Matt Reeves did an outstanding job bringing the graphics to life.

She tells People magazine, "When I read the script, I was so excited about this scene (holding a baby ape).

"I thought, 'Oh my God, I'm going to get to hold a little baby ape!' I get there and there is no animal... (But) it's incredible what Matt has done."