After a short introduction from Kerrang! Editor James McMahon, Benji Webbe of Skindred and Andrew W.K hosted the evening along with the help of presenters from far and wide.

With fans having been invited for the first time, the atmosphere was electric with screams of approval and there were smiles all round.

In the VIP area, the bands mingled before and after the awards, and with rock legends like Alice Cooper and Marilyn Manson stalking the floor, it was no surprise that there were a few audience members in awe of it all.

Zippo lighters collaborated with Kerrang! to give a lucky winner the chance to live the rock dream, with two VIP tickets to the Kerrang! Awards and then two guest tickets for Download Festival (including £600 worth of travel and accommodation expenses). All contestants had to do was design a Zippo lighter in line with the zombie theme of the K! awards to win the awesome prize.

Of course, a zombie-themed award show wouldn't be complete without a zombie takeover in the middle of the awards show. Sirens started screeching and suddenly the floor was taken over by zombies, stalking forward towards the stage and shuffling in between tables.

Winners of the awards included All Time Low, Babymetal, Alice Cooper, Bring Me The Horizon and Judas Priest plus many more.

Best British Band (Presented By Troxy):
Bring Me The Horizon

The Spirit Of Independence Award:
Babymetal

The Spirit Of Punk Award:
Slaves

Best Film:
Guardians Of The Galaxy 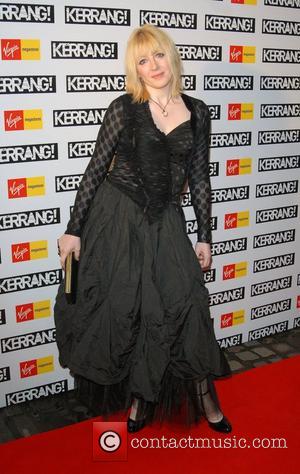