Kerri Parker has explained what it is like to film an intimate scene in place of stars such as Megan Fox and Cate Blanchett. 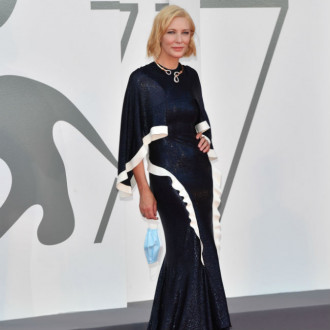 A Hollywood body double has opened up on the "awkward" experience of shooting intimate scenes in place of the stars.

Kerri Parker has doubled for Megan Fox and Cate Blanchett and explained how she was instantly thrust into a sex scene when she stood in for Jessica Raine's Princess of Gloucester in the 2010 movie 'Robin Hood'.

She said: "I met the male body double 10 minutes before we climbed into this castle bed covered in furs.

"It's a bit awkward. One minute you're saying hello and the next you're looking longingly at each other pretending you're about to make love, wearing special skin-coloured underwear.

"We joked about the relationship moving fast for a first date.

"Once the director positioned us in bed, we shoved an intimacy cushion between us down below. They're used just in case an actor can't control himself. It can happen and it's for everyone's comfort and personal space."

Kerri explained that she often has to engage in small talk with the crew when completing racy scenes.

She told The Sun newspaper: "I always worry about smelly breath so I carry mints in my bra and we popped them regularly during the shoot.

"Over six hours, the cameraman shot a selection of wide shots and close-ups, which were merged into the film after the real actors did their love-making scenes.

"Most of the time you are lying there making small talk about the weather and footie. Pretending to feel sexy while being watched by a crew is hard."

Kerri also stood in for Blanchett's Maid Marian on Sir Ridley Scott's movie and revealed that she had to prepare in the exact same manner as the stars.

The former army medic said: "I'd been exercising, dieting and studying both Cate and Jessica's pictures to ensure I was the same proportions."

Parker also revealed that she has surprised movie bosses with her impressive stunt skills.

She shared: "As a glamorous girl people don't expect me to have a huge range of stunt skills. I'm a rock climbing instructor, top female stunt driver, I can shoot a myriad of weapons, I have a black belt in karate and I'm a scuba divemaster."