Kerry Katona has confirmed she is divorcing George Kay after he was allegedly arrested on Saturday (03.10.15) for assaulting her and possessing a taser. 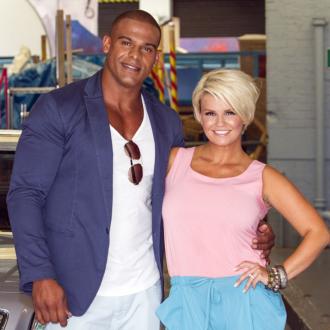 The 35-year-old star has announced she is ending her marriage to her husband of 11 months after he was allegedly arrested for assaulting her and possessing a taser gun.

Her spokesperson confirmed in a statement: ''It is with deep sadness that Kerry announces the end of her marriage to George Kay. Her focus now will be on her gorgeous children.''

The former Atomic Kitten singer - who has children Molly, 14, Lilly-Sue, 12, Heidi, eight, and Max, seven, from previous relationships and 17-month-old daughter Dylan-Jorge with the sportsman - allegedly ''sustained bruising to her face and arms'' during an altercation with George, which took place at the pair's home in Crowborough, East Sussex on Saturday (03.10.15).

Sussex Police said: ''On Saturday police were called to an address in Crowborough after a report that a woman had been assaulted. A 35-year-old man was arrested at the address on suspicion of causing actual bodily harm to a 35-year old woman, and of unlawful possession of a Taser.''

Neighbours reported hearing raised voices at the couple's home earlier in the day, which is when the incident is believed to have taken place. He has been released on bail until October 24.

The pair's relationship had hit a rocky patch recently when Kerry threw him out after a number of rows.

She later took him back and the couple tried marriage counselling as they fought to save their relationship.