Kerry Katona has been busy making new friends in the new town she has moved to following her decision to split from her third husband George Kay. 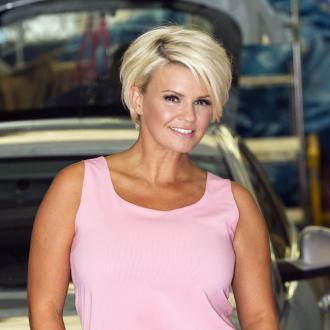 Kerry Katona is throwing herself into making new friendships following her split from husband George Kay.

The Atomic Kitten star announced earlier this month she was divorcing third spouse George following 11 months of marriage after he was arrested for allegedly assaulting her.

But rather than mope about the end of her marriage, Kerry has decided to get out and meet people in the new town she has moved to following her decision to leave their home in Crowborough, East Sussex, in the aftermath of the break-up.

Kerry, 35, was also cheered up after going to her seven-year-old son Max's parents evening and being proud of how much her ''little man'' has ''grown up''.

She tweeted: ''At Max's parents evening.... Fingers crossed! Had a very full on day today In bed at long last So pleased at how GROWN up my little man max has become G night all be blessed & stay safe x (sic)''

The statement released on behalf of Kerry in the wake of her separation from George read: ''It is with deep sadness that Kerry announces the end of her marriage to George Kay. Her focus now will be on her gorgeous children.''