The former Rugby League player is accused of assaulting the singer 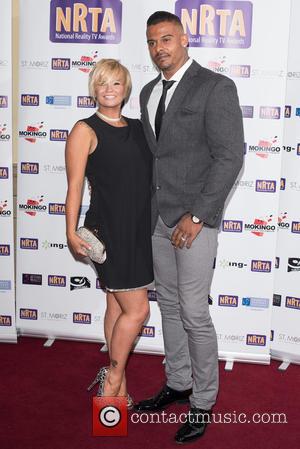 Kerry Katona’s estranged husband George Kay has appeared in court to face allegations that he assaulted the singer. Unlucky in love Katona’s marriage went from bad to worse when it was alleged that her third husband armed himself with a Taser-style gun and hunting knife after becoming irritated with people outside the couple’s home. It is then alleged that he returned inside the house before assaulting the former Atomic Kitten singer and causing bruising to her eyes.

The 36-year-old former Rugby League player - who played for Warrington Wolves - was charged with assault by beating and possessing a banned weapon disguised as a torch.

No pleas were entered and Kay was released on conditional bail - that he must not make contact with Katona unless via an agreed third party.

Katona, who has a one-year-old daughter, Dylan-Jorge, with Kay, is likely to give evidence at the trial.

Since the alleged incident, the mum-of-five has admitted that she has ended their relationship and, despite the decision being "hard", she maintained that it was the "right thing to do".

Speaking about their break-up, Katona, 35, said: "George was with me 24/7. It’s like somebody has died. He was my best friend.

"But there’s no going back with me and George."