Kerry Katona's marriage 'is on the rocks' 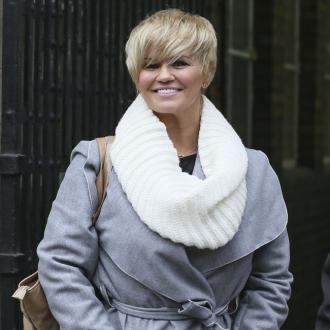 Kerry Katona's marriage to George Kay is reportedly on the rocks after just nine months.

The 34-year-old star, who's best known as a member of Atomic Kitten, has been involved in a series of blazing rows with her husband and has subsequently kicked him out of their family home, leaving their marriage in a fragile state.

A source explained: ''George's party lifestyle doesn't suit Kerry. He has been going missing regularly and Kerry has said she has had enough. She has had such a rough time over the past year or so and he hasn't been able to support her at all.

''All he's bothered about is how he looks, going back to Warrington to see his friends and partying. And he's done nothing to support her financially or emotionally.''

The married couple have a one-year-old daughter, Dylan-Jorge, while Kerry also has two kids each from her first two marriages to singer Brian McFadden and Mark Croft - and Kerry is worried about putting her children through even more heartbreak.

The insider told The Sun newspaper: ''She says she feels like she is putting her own kids through what she went through when she was younger with her mum and a string of bad men.''

Although it remains possible the pair will rekindle their romance, Kerry's immediate priority is the welfare of her children.

The source explained: ''They have had their ups and downs but this doesn't look good.

''There's every chance they could be back together in a week but Kerry is upset.

''She has now said that it's her kids she wants to focus on rather than finding love because it always goes wrong.''