Kerry Washington, Oprah Winfrey And Nick Lachey Are Among The Stars Who Have Weighed In On The Murder Charges Filed Against An Ohio Police Officer Who Fatally Shot An African-american Man During A Routine Traffic Stop Earlier This Month (Jul15). 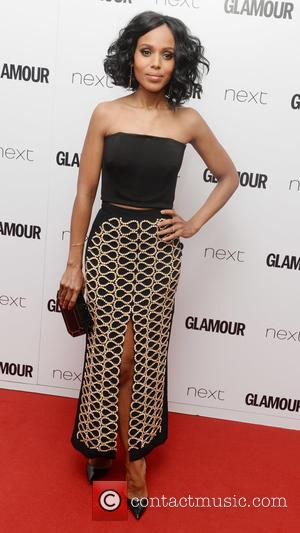 Samuel DuBose was shot in the head by University of Cincinnati cop Ray Tensing after he was pulled over for a missing front license plate on 19 July (15).

However, the incident quickly escalated and when the 43 year old refused to get out of his car, Tensing pulled out his gun and killed the driver.

The officer tried to claim he had been dragged by DuBose's car as the man tried to drive away, but the whole altercation was caught on Tensing's body camera, and on Wednesday, he was indicted on murder charges.

The news, the latest deadly incident in America to involve a black citizen and a white cop, has prompted an outpouring of emotions from celebrities online, with Scandal star Washington taking to Twitter.com to write, "Again. Dear LORD! #SamDubose" and Winfrey posting, "Another man down. His mom is on CNN now."

Actress Gabrielle Union, frustrated with the lack of U.S. gun legislation, tweets, "How many more??!?! How many more must die???!!", while Cincinnati resident Lachey adds, "Sickened to hear the details surrounding the shooting of #SamDubose today. Praying for his family and for my city."

Meanwhile, singer-turned-DJ Solange Knowles reveals the spate of police incidents has prompted her to make sure her 10-year-old son, Julez, is well aware of the dangers he faces growing up as an African-American.

She tweets, "Dear world Black people do not want to exit out of our vehicles in cop related incidents because we've seen that end in murder TOO many times. I can predict a lot of responses to this. 'If you comply' 'if your (sic) respectful' .... NO! We've seen this too end in death TOO many times.

"I have taught my son to 'fully comply, be respectful, stay calm', KNOWINGLY understanding that this is often times not enough!"