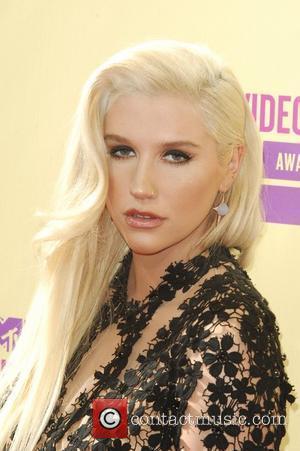 Kesha was full of chatter as she headed down the red carpet for the MTV VMA Awards last night (September 6th), confirming that she had a new single on the way, and revealing that she'd made some pretty surprising musical friends whilst preparing her forthcoming third album.

"I'm really happy to announce my new single," Ke$ha said. "It's called Die Young, and it's coming out this month." The outspoken star then went on to confirm that she'd been hanging out with some psychedelic rock royalty in recent months too, revealing that she'd struck up an unlikely friendship with The Flaming Lips, and had also now worked with Iggy Pop. "I went on a spirit journey, came back, worked with the Flaming Lips, worked with Iggy Pop - really explored my rock roots" she explained to Mtv.

Turning her attention to her career to date, Ke$ha mused "The first two records talked more about partying, which is a great, magical part of life, but some songs on the new record are more personal and vulnerable." The artist was keen to get across the fact that her new record would be a far more personal affair, claiming "About 90 percent of the time, I don't give a f***, but I give so many f***s about this album. Some people weren't sure if I could sing. On this record, I said, 'Let's leave the tricks to a minimum and let me wail.' "