Ke$ha has revealed she has discovered a mysterious pubic hair in her bed and has no idea who it belongs to. 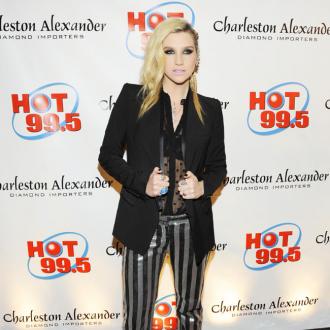 Ke$ha has found a mysterious pubic hair in her bed.

The 'Die Young' singer was distressed to find a unaccounted for genital strand in her bed - which she insists isn't hers - and has no idea who the unsightly hair belongs to.

The 26-year-old pop star's tweet sent her fans into a frenzy, with some humorously responding, ''It's mine'', while others provocatively challenged her to prove the body follicle doesn't belong to her.

The audacious message also sparked complaints from users who were unimpressed by Ke$ha's frank comment.

However, it's not the first time the brazen singer has courted controversy with her bold comments.

Ke$ha has previously admitted to drinking her own urine after being told her body fluid had health benefits.

She said: ''I was told drinking my own pee was good, I was trying to be healthy.

''Somebody tried to take my pee away from me and I said, 'That is mine!' So I snatched it up and took a chug and it was really gross, so I don't do it anymore.''

The singer also revealed she once penned a song about her vagina with her mother, songwriter Pebe Sebert.