Ke$ha likes to let her boobs dangle above a piano in the dark as a way of making music. 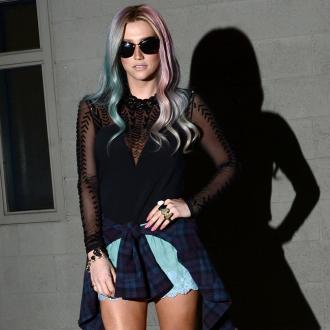 Ke$ha claims her boobs write her songs for her.

The 'Die Young' hitmaker admits she dangles her assets over a piano in the dark as a way of making new sounds.

She is quoted by the Daily Star newspaper as saying: ''What I do is I turn off all the lights and I walk over to the piano naked. Then I gently lower myself and my boobs.

''They go on the keys and I just let them tickle the ivories. They really just go crazy.''

she said previously: ''I had a tail when I was born. It was a tiny tail, about a quarter of an inch, then they chopped it off and stole my tail. That was when I was little. I'm really sad about that story.''