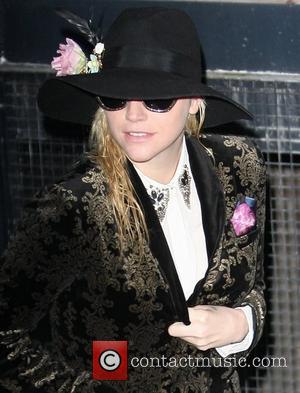 On Friday (14Dec12), 20 young children and six adults were gunned down at the Sandy Hook Elementary School in Newtown. The gunman, named as 20-year-old Adam Lanza, also allegedly killed his own mother before turning the weapon on himself.

The atrocity sent America into mourning and a number of movie premieres have been axed in the aftermath, including a screening of Tom Cruise's latest action blockbuster Jack Reacher and Quentin Tarantino's Django Unchained.

The tragedy now appears to be having an effect on the music industry as well as Hollywood amid reports Ke$ha's controversially-titled single Die Young has been removed from radio station playlists across the country.

Die Young peaked at number three on American radio playlists and reached 167 million listeners before the shooting on Friday, according to Tmz.com, but figures from Mediabase, a company that tracks radio airplay, appear to show the song has suffered a massive drop after being cut from the airwaves.

It had reportedly lost 19 million listeners from its target audience by Monday (17Dec12).

Ke$ha previously commented on the massacre in a serious of posts on her Twitter.com page, sending her condolences to all the families involved. She wrote, "My heart goes out deeply to the people of Newtown, Connecticut... It's beyond words what has happened."