Ke$ha used to have a tail

Ke$ha was born with a small piece of bone sticking out of her back which looked like an animal's tail. 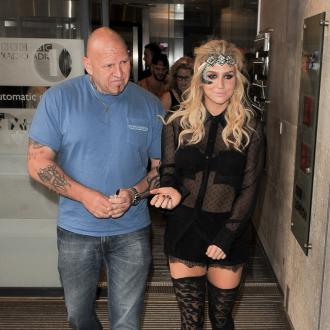 Ke$ha used to have a tail.

The 'Die Young' hitmaker - who is known for her wild behaviour and funky fashion sense - has revealed she was a born with a small piece of bone sticking out of her back, which resembled the animal body part.

Speaking to heat magazine, she said: ''I had a tail when I was born. It was a tiny tail, about a quarter of an inch, then they chopped it off and stole my tail. That was when I was little. I'm really sad about that story.''

The 26-year-old singer - real name Kesha Sebert - loves being open with her fans and admits the reason she did her reality show 'Ke$ha: My Crazy, Beautiful Life' was to give her followers an insight into her life both on stage and off stage.

She explained: ''That was one of my favourite things to do, because my fans really got to see the off-stage me versus the on-stage me.''

The blonde beauty was filmed guzzling down her own urine on her TV show but admits she quite enjoyed the taste.

She said: ''Mine isn't that bad, but I'm a very hydrated person. It tasted kind of like candy.''