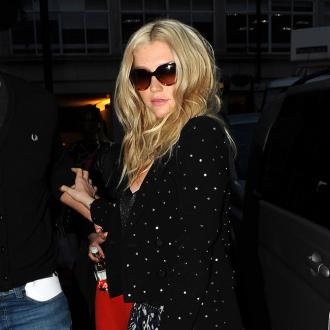 Ke$ha is desperate to collaborate with Keith Richards.

The 'Die Young' singer is a huge fan of The Rolling Stones guitarist and says it would be a dream come true to record a track with him.

She said: ''Keith Richards is like the end-all, be-all for me. I'm gonna keep trying to work with him until the day I die probably.''

Ke$ha will release her second album, 'Warrior', on December 3 and says she wanted the follow-up to 2010's 'Animal' to reflect more of her own taste in music.

Ke$ha exclusively told BANG Showbiz: ''On this record I wanted to try and combine the music on the first record with the music I listen to when I'm off stage, so kind of a little bit of dance/electronic pop, a little bit of rock 'n' roll.

''There are like some subversive messages hidden in the back of some tracks and funny things like that. But I also wanted a lot more guitar; I wanted the essence of rock 'n' roll - which is irreverence and a more or less 'f**k it' attitude - to be very evident in the lyrics.''