Ke$ha Likes To Tattoo Her Co-workers

Ke$ha likes to Tattoo everyone she works with, according to The Flaming Lips frontman Wayne Coyne. 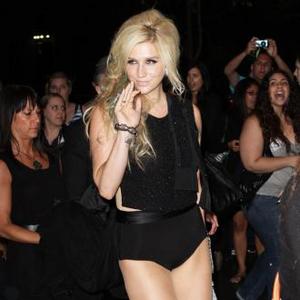 Ke$ha likes to Tattoo everyone she works with.

The 'We R Who We R' singer collaborated with The Flaming Lips frontman Wayne Coyne on a few songs for the group's new album 'The Flaming Lips and Heady Fwends' and when she turned up, decided to etch an inking on his body.

Wayne said: ''Most of the time, if someone's willing to work with me, they're going to be a freak. And Ke$ha... I sort of thought that she would be a freak, I'd heard about her and we'd tried to get a hold of her earlier.

''We showed up at her house, and she has a tattoo gun that she gives everyone a tattoo with, so within 20 minutes of being at her house, I had a tattoo on my toe; it's the only tattoo I've ever had.''

Wayne says he was hugely impressed with Kesha and he learnt a lot form spending time with her.

He told MTV:''We were set to do this one song that I had prepared, and we went into the studio that night, and stayed there until about two in the morning, and did four songs, just making stuff up. And the next day [we] worked for another couple hours. She's funny, she's gracious, she's imaginative, she's creative and she's a lot of fun to be around.''