Kesha believes the media are to blame for her eating disorder. 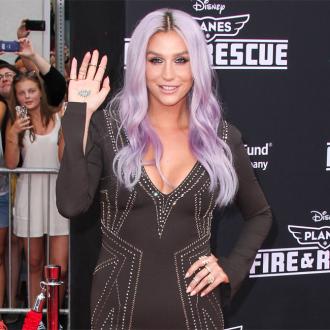 Kesha blames the media for making her ''paranoid'' about her appearance.

The 27-year-old singer - who checked into rehab in January for an eating disorder - believes the constant attention from paparazzi and negative comments about her body from online trolls fuelled her insecurities.

She explained: ''The music industry has set unrealistic expectations for what a body is supposed to look like, and I started becoming overly critical of my own body because of that. I felt like people were always lurking, trying to take pictures of me with the intention of putting them up online or printing them in magazines and making me look terrible.

''I became scared to go in public, or even use the internet. I may have been paranoid, but I also saw and heard enough hateful things to fuel that paranoia.''

After two gruelling months of learning to love herself with the help of medical professionals, Kesha finally feels ready to face the world again.

She explained to ELLE magazine: ''I knew I was ready to leave when I'd gained enough confidence to get on a plane knowing there would be paparazzi at the airport at the other end. I was right - they were there.

''But this time, when I saw the pictures, I felt OK... I'm not fully fixed - I am a person in progress, but I want to be part of the solution, not part of the problem. Even I need to be reminded that we are who we are.''