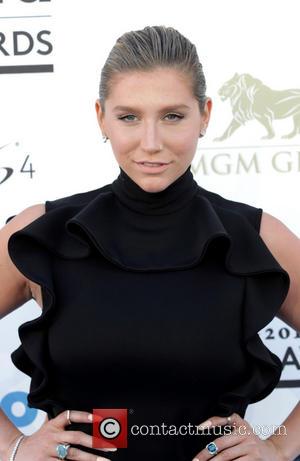 We’ve come to expect a certain kind of craziness from Ke$ha and the outspoken pop star hasn’t let us down in her new video for the Will.I.Am featuring new single, Crazy Kids.

We guess, given that in her previous two videos for the singles to come off latest album Warrior saw her starting a cult and getting kidnapped respectively, just throwing a house party for Crazy Kids is pretty low key. This being Ke$ha though it’s anything but, with bodybuilders, pitbulls, a load of Duck Dynasty cast-offs and even Will.I.Am as a pinball playing astronaut turning up to get involved in the revelry. There’s a swimming pool there too of course, so all the hunks can strut their stuff around it, while the neighbors would surely be kicking off at such a scene.

There’s very little to ‘get’ about Ke$ha: she’s wild, doesn’t care what people think of her and likes to have a good time. So it goes here, with Crazy Kids merely reinforcing the commitment to partying that the pop star holds dear. Released last December, Warrior only enjoyed a fraction of the success that the star’s first album Animal gained. It reached number six in the US Billboard album charts, though shifted 215,000 copies domestically, compared to the 1.4 million of Animal that was sold. Kesha posing for the paps at the Billboard Awards Kesha on the set of the Crazy Kids video