Ke$ha claims to have had a sex with a ghost and while the experience was fun, she admits it was scary. 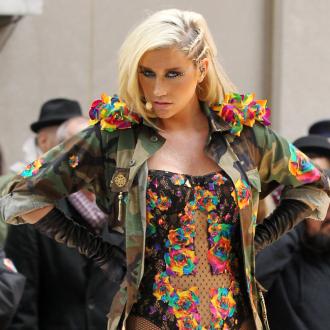 Ke$ha was scared of the ghost she had sex with.

The 'Die Young' singer recently revealed she had had a sexual encounter with a strange spirit and admits the scariness of the situation is what turned her on.

She said: ''I've got a song called 'Supernatural', that song was about having sex with a ghost. I lived in this flop house at Rural Canyon and there was this weird energy that lived there, and it used to keep me at night and wake me up. And it progressed into this dark, sexual spirit.

While it the situation scared her, the eccentric star says she very much believes in ghosts and loves to learn about anything in another world and is fascinating by the spirits out there.

She exclusively told BANG Showbiz: ''I'm very open to that whole side of the universe. I'm very much into it. I believe in it. I believe in anything supernatural, I'm open to believing in.''